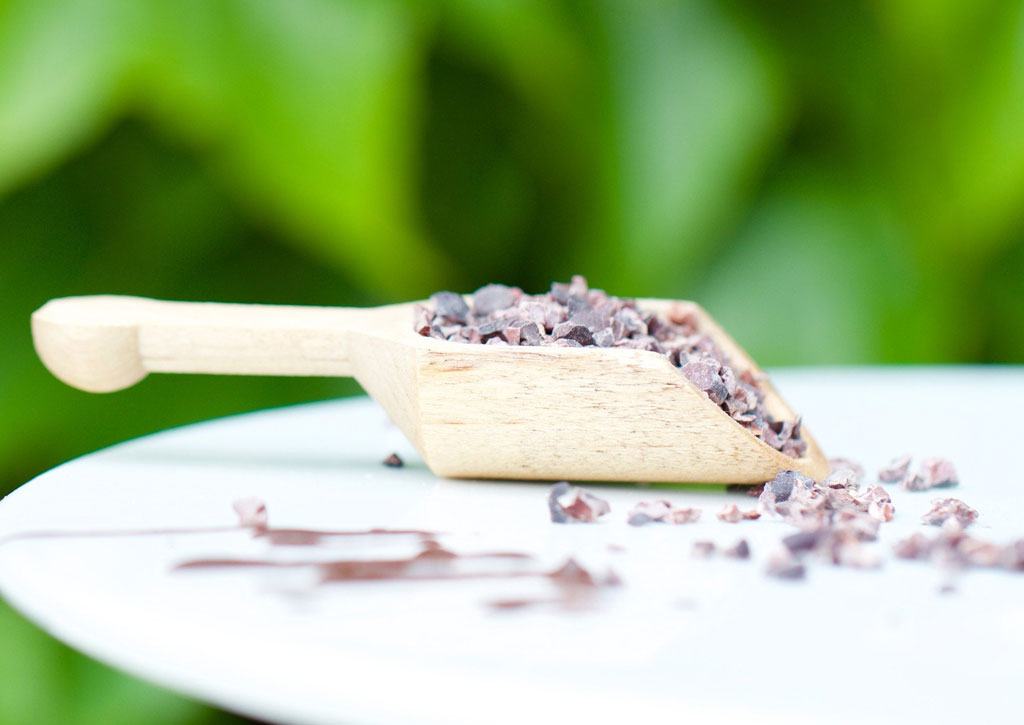 One question I get a lot is - what is a superfood? Why should I bother eating them? Surely they're just hyped up versions of regular food. Right...?

Well, not quite... Superfoods are just that - foods that contain significantly higher quantities of antioxidants, vitamins, minerals, and other health-boosting, anti-aging, disease-fighting goodies. Some are every day whole foods that you'll likely have tried before (think broccoli, blueberries; even the humble spud). Others are more exotic, grown in the rainforests of Peru and picked by Amazonian warriors (okay, maybe not quite).

To help you out in your quest to conquer, or at least delve into, the amazing world of superfoods, every few weeks i'll be spilling the (cacao) beans on a superfood of your choice. You'll get the low down on what it is, why you should be eating it, and some quick and easy ways to do so (even for the non-chefs amongst).

Raw cacao is somewhat different from the common "Cocoa" most of us grew up with in our Afghan biscuits. Cacao (pronounced "cu-COW") refers to the Theobroma Cacao tree from which Cocoa is derived, and is used when referring to unprocessed versions of the cacao bean.

Normal cocoa powder and chocolate have been chemically processed and roasted, which destroys a large amount of the antioxidants and flavanols (the things that keep you young and healthy). A recent study suggested that between 60% and 90% of the original antioxidants in cacao are lost through common "Dutch processing". Dutch processing was originally developed in the early 19th Century to reduce the bitterness, darken the colour, and create a more mellow flavour to chocolate, but unfortunately also eliminated a bunch of the goodness.

Non-organic cocoa (and non-organic chocolate) has also been treated heavily with toxic pesticides and fumigation chemicals, and may contain genetically modified (GMO) products.

If that wasn't enough, Oxfam estimates that over 70% of the world's cocoa is grown by indigenous communities who are paid such a low wage that poverty is widespread. In some instances child slaves are used, forced to engage in dangerous work such as using machetes and applying toxic pesticides. Big incentive to reach for a bar of fairly traded chocolate when your next craving hits!

Raw Organic Fairly Traded Cacao in contrast has bountiful benefits, so you can add it to your diet with no guilt, just good old chocolatey deliciousness.

1. 40 Times the Antioxidants of Blueberries

Raw Organic Cacao has over 40 times the antioxidants of blueberries. Yes 40 times! It has an amazing ORAC score of 98,000 per 100g, vs blueberries at a mere 2,400. ORAC scores measure the ability of antioxidants to absorb free radicals (that come from pollution and toxins in our environment), which cause cell and tissue damage and can lead to diseases such as cancer.

On a plant-based/vegan diet and looking for iron? The search is over! Cacao is the highest plant-based source of iron known to man, at a whopping 7.3mg per 100g. This compares to beef and lamb at 2.5mg, and spinach at 3.6mg. Note the iron in cacao is non-heme (as is all plant-based iron), so to get the maximum benefits you'll want to combine it with some vitamin C. Think oranges, kiwifruit, superfoods like gubinge or camu camu (which have 40x more vitamin C than oranges), or try out my Choc Orange Smoothie recipe for a Jaffa-tasting throwback.

3. Full of Magnesium for a Healthy Heart & Brain

Raw Organic Cacao is also one of the highest plant-based sources of magnesium, the most deficient mineral in the Western world. Magnesium is important for a healthy heart, and helps turn glucose into energy enabling your brain to work with laser-sharp clarity and focus. The reason why you might turn to a bar of chocolate during an all-nighter at your desk!

Raw Organic Cacao has more calcium than cow's milk would you believe, at 160mg per 100g vs only 125mg per 100ml of milk. Time to switch out the trim latte for a couple of squares of dairy free raw chocolate.

5. A Natural Mood Elevator and Anti-Depressant

Cacao is a great source of four scientifically proven bliss chemicals - serotonin, dopamine, anandamide and phenylethylamine. These neurotransmitters are associated with cosy feelings of wellbeing, happiness, and can even alleviate depression. A natural, healthy, delicious (and legal) way to get your happy buzz on.

4 Ways To Use Raw Organic Cacao

1. Brew Up A Hot (or Cold) Chocolate MIlk

For a cold choccie milk, add 1 Tbsp of hot water to the raw cacao powder and sweetener first to dissolve, then add 1c of cold milk and a couple of ice cubes (or try this Chocolate Milk recipe).

Note: some studies have shown that dairy products block the absorption of antioxidants and calcium in cacao, so save the cow's milk for the calfs.

2. Whizz Into a Smoothie

Add 1-2 Tbsp of raw cacao powder or nibs to your regular smoothie. Or try out our Rich Chocolate Smoothie, or Choc Orange Jaffa Smoothie for an added vitamin C boost. When you're done, sprinkle raw cacao nibs on top for crunch factor and to make it look all pretty.

No cooking here - just grab a bar of raw organic chocolate, break into squares, and serve with some organic nuts, dried fruit, herbal tea, and a whole lot of love.

Try your hands on our Raw Brownie, which includes cacao powder and cacao nibs, and will be sure to quench any chocolate cravings in a second (100% guilt free). It's also gluten free, wheat free, sugar free, dairy free, vegetarian, vegan and paleo, so everyone's invited to the party. 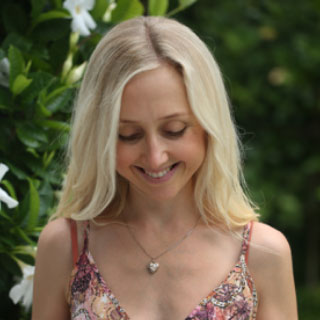 A specialist in plant-based organic living, and the founder of Be Good Organics, a plant-based wholefoods blog, online community and store.

When consuming cacao daily you can record data and discover patterns where you can identify possible improvement of symptoms. This information can then be shared with your specialist.

Be Good Organics is an online organic plant-based food, skincare and health store, helping you be good to your health, animals and our planet. Shop online - we deliver to New Zealand, Australia and worldwide.